MEDIEVAL STUDIES 301 European Literature from the 5th to the 14th Century:
The Grail Quest: Myth, Mystery and Romance (3 credits) 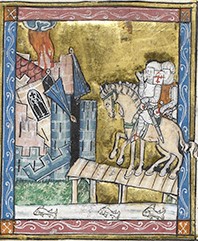 From Tennyson to Indiana Jones and The Da Vinci Code, much has been written and imagined about the Grail, but the earliest appearances of this mysterious artifact in medieval French literature are sometimes overlooked. This course is an opportunity to return to the great 12th and 13th century romances that first introduced the Grail and helped define it for subsequent generations.

Though the Grail is usually described today as the cup from which Christ drank at the Last Supper, early Grail romances are less clear on the matter. Chrétien de Troyes’ seminal Story of the Grail (c. 1180-1190) never quite explains the nature of the strange artifact that Perceval, a naive young man barely knighted by king Arthur, encounters during his adventures. In seeking to solve the mysteries left by Chrétien’s unfinished tale, however, his continuators and imitators built the Grail into an explicitly Christian relic, in line with the new religiosity of the early 13th century. The anonymous Quest of the Holy Grail (c. 1220) cements this interpretation and displaces Perceval in favour of a new hero, Galaad, a knight so pure and so chaste as to be otherworldly: his adventures and those of his companions take place in a heavily allegorical version of the Arthurian world where every encounter has a deeper spiritual meaning.

These two romances will form the main focus of the course, but we will also study two short texts from the Welsh Mabinogion: the romance of Peredur, which is a loose adaptation of Chrétien’s Story of the Grail, but might reflect earlier versions of the tale; and Branwen, the second branch of the Mabinogi, an early Welsh tale of war, death, rebirth and magic cauldrons, that hints at some of the earliest Celtic beliefs that may have influenced Chrétien’s work.

Throughout this course we will explore the themes of belief, valour, knowledge and fulfillment that unite the different early versions of the tale, despite their canonical divergences. The Grail quest, after all, is rarely about the Grail itself: it is about self-discovery; about finding the true nature of things beyond the veil of appearance. 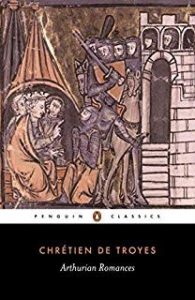